Home
Dog Videos
Stray Momma Dog Gives Birth To Her Pups On The Streets, And Finds A Burrow To Hide Them In
FacebookPin

As soon as a woman named Donna learned that a stray Pittie had recently given birth to eight puppies, she rushed to the location. Donna is the leader of Stray Rescue of St. Louis, a non-profit animal rescue group. She gathered all the necessary information and discovered that the furry family was in the middle of a busy area. However, when she found the dogs, she only found the mother and not the puppies.

Crown Candy, the mother dog, had swollen breasts, indicating that she was feeding puppies at that time. Her puppies, however, were nowhere to be seen. She hid them somewhere, and Donna needed to exert further effort to find them.

The rescuer took her time to get the mother dog’s trust. She was aware that the dog may become hostile if she was negligent. So, she gave the Pittie some nice food and waited until it was ready to guide its puppies to safety.

Crown Candy immediately stood up and moved to a burrow in a well-concealed location, where she hid her litter. She was concerned for their safety and hesitant to allow the rescuer to get too close. However, she ultimately decided to let Donna take them.

Crown Candy and her puppies spent around three days in the shelter before being placed in a foster home. Stacy, their foster mother, was so excited to meet them. After all, they were all adorable, so it’s hardly surprising at all that she fell in love with them immediately.

The mother dog was extremely affectionate with her puppies and was doing an outstanding job caring for them. With Stacy by her side, she was able to give her puppies the life they deserved.

Now that the puppies are more mobile, their mother has begun teaching them to be more independent. She leads them out of the room and allows them to explore, but she never takes her eyes off of them. She is still their mother and will safeguard them at all costs.

The animal family will remain with Stacy for a few more weeks until they are all ready for their new homes. Until then, they will never again be seen on the streets. 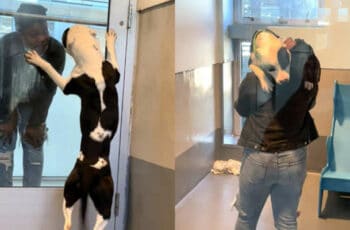 FacebookPin Before becoming a shelter dog, Cow was found tied … 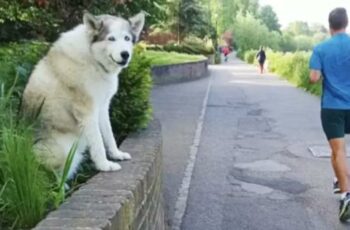 FacebookPin Hime, a senior Husky, loves sitting in her favorite …