Home
Dog Videos
Six Shiba Inu Puppies Play In The Yard Under The Sun, And Their Playfulness Will Remind You Of A Time When Life Was Carefree
FacebookPin

There’s something about Shiba Inus that is just irresistible. Whether it’s because of their cuteness, playfulness, or their fluffy figures, we just find them adorable.

These young dogs are a handful, but we bet these puppies’ owners didn’t mind their cheeky and playful behaviors.

The video below shows six Shiba Inu puppies playing in a yard. To prevent them from straying or going too far, their owners placed a wired fence in the puppies’ general play area.

Puppies tend to get too excited in search of new adventures that one moment, they’ll be right where you left them, and the next, gone.

All six of them have a favorite sibling, and that became evident when they paired off. Life just wouldn’t be the same if you don’t have a fave buddy, isn’t it?

The puppies were generally well-behaved, but one was particularly cheeky. The young dog with a yellow collar consistently lunged and pawed at its siblings.

It was like this one was trying to inject some wrestling into its otherwise carefree playing. Of course, another puppy responded to the heckling, and before long, playtime became a game of wrestling.

At one point, two of the puppies started rolling around with each other. They were biting and pawing at one another until one finally got the upper hand and pinned the other down.

Since they’re puppies, the furballs not a single one took this good-natured play-fighting seriously. They all were stoked that they could move, run, and wrestle all they want without a care in the world.

They’ll tone down a bit when they mature, so we’re glad we saw this clip of them in all their puppy glory.

Whether they get less cheeky when they grow up or not, their innate charm will stay forever. Please comment and share if you’ve watched this clip! 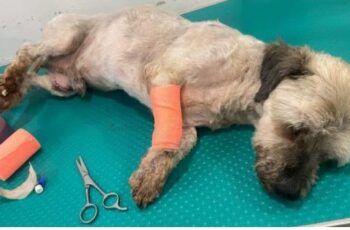 FacebookPin A matted dog was discovered wandering alone near Barking … 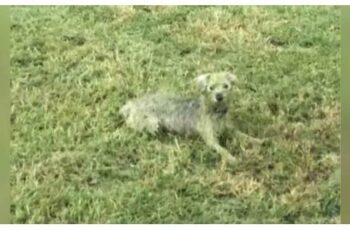 FacebookPin Nugget is a fun-loving naughty dog who loves giving …