When Hope For Paws, a renowned nonprofit animal rescue group in LA, received a call about an abandoned Chihuahua, its head rescuers Loreta and Eldad responded right away. They went straight to the residential property where the dog took refuge. They were told that the dog was friendly but it won’t let anyone touch it.

Loreta and Eldad quickly went to work and befriended the dog. They confirmed it was such a friendly dog when it walked toward Loreta when she offered it some food. But when the rescuer extended her hand to try and touch it the first time, the Chihuahua panicked. 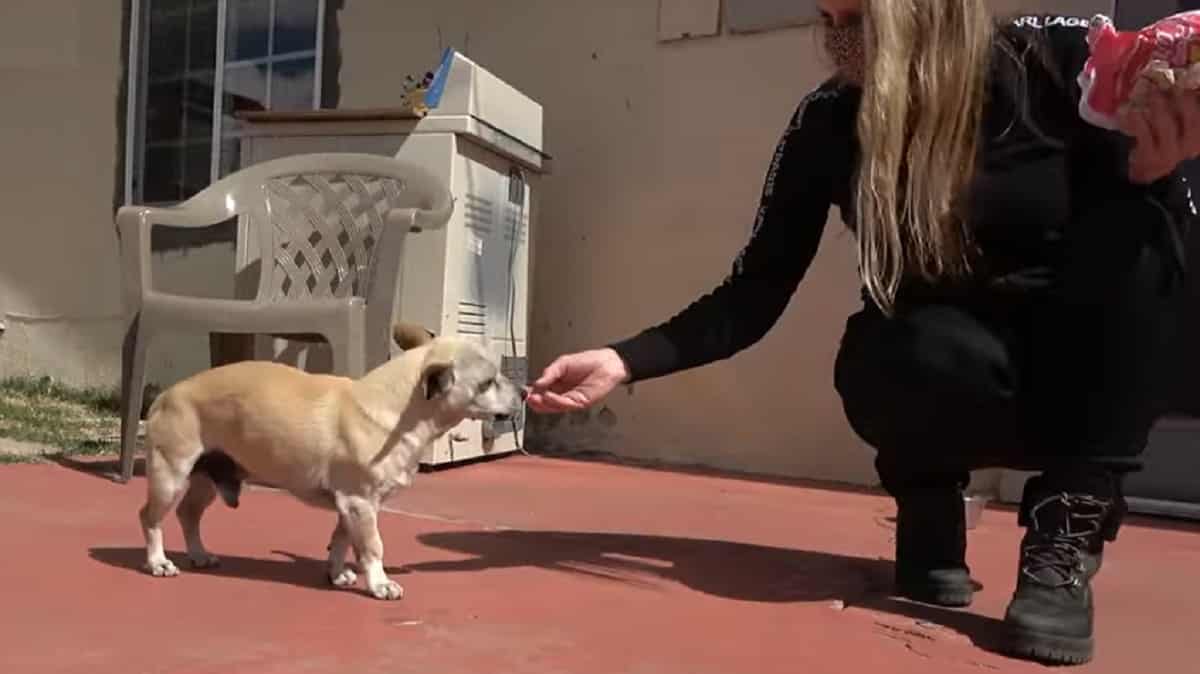 The Chihuahua was sensitive to touch. It almost bit Loreta when she tried to pet the dog so Eldad thought looping a gentle snare would do the trick. But because he didn’t want to stress it more, he devised a better plan.

The rescuers enclosed the stray in a small area with portable fencing. Gently, Eldad secured it in with a Lucky Leash. He then sat with the dog for several minutes until he knew he was finally able to build trust with it. 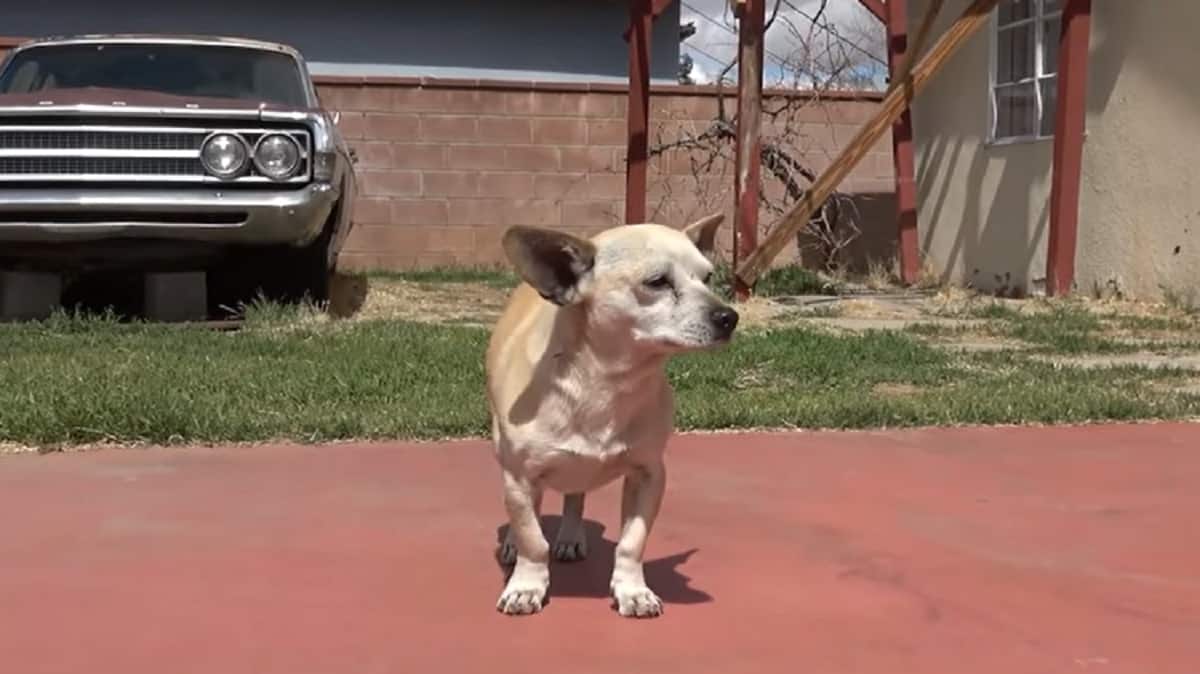 Initially resistant, the Chihuahua, now named Arnold, eventually calmed down, giving the rescuers a chance to completely secure it in a pet carrier. Later on, Eldad and Loreta thanked the family for their kindness, and then whisked the dog to the vet for urgent medical care.

Arnold looked pretty filthy and he was a little emaciated too. Fortunately, his checkup showed no serious health issues or injuries. All he needed was to realize that he can be friends with people. too. 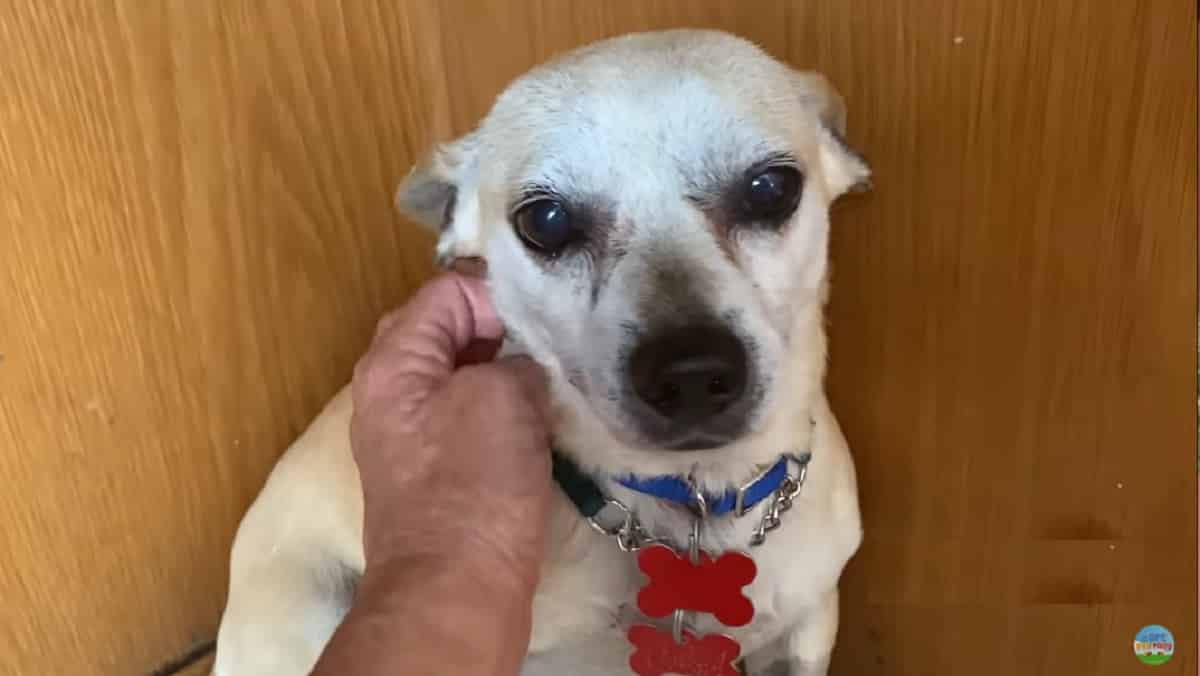 Terri Fox, the founder of the charitable institution Foxy and the Hounds, helped Arnold get over his fear of people. She worked hard, and so did he. Not long after, Terri found Arnold the perfect home, an incredibly great Christmas gift any dog could ever receive. 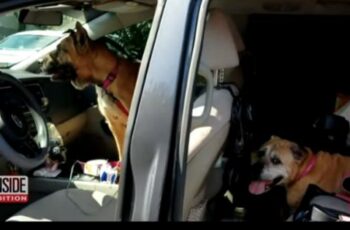 FacebookPin Leslie Sacks has a heart for lost and helpless … 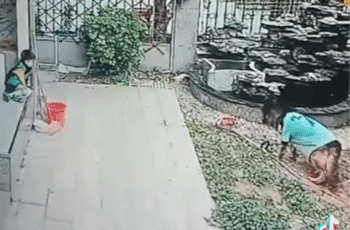 FacebookPin A German shepherd is a great pet and also …