In Phillipson, Massachusetts, the Gelman family operates a used car dealership known locally as Grace Quality Used Cars. Residents of the town enjoy visiting the auto dealership’s showroom because they are always greeted by adorable dogs. These dogs are owned by the dealership’s owner. If the residents are fortunate, they may also receive cuddles and kisses from the two dogs.

The two dogs are German Shepherds named Nika and Honey and they are truly loved by their family. The adorable dogs bring joy not only to the Gelman family but also to the locals who frequent the car dealership business.

However, the two dogs disappeared one day for unclear reasons. The fact that the Gelman family does not know where their two pets had gone was a tragic event. The family promptly reported the incident to the local police in order to receive assistance. They were worried about where the dogs have gone and if the dogs were okay.

Not only the police searched for Nika and Honey upon receiving the news; many residents in the area did as well. Since the two dogs are cherished members of the community, Phillipson residents banded together to search for them. It was a hard task, but they are quite positive that they would be able to find the two runaway dogs.

However, after several days of search and rescue operations, only Honey was found. A resident found the dog after seeing a Facebook post about two missing dogs. The issue, though, is that Nika was not with Honey and people had no idea where the other dog could be.

One person actually saw what had happened to the other dog. Nika was struck and killed instantly by a passing car.

This news devastated the entire town, most especially the Gelman family. It was heartbreaking but they are somehow relieved because they still got Honey around and they would ensure that the dog is always safe. 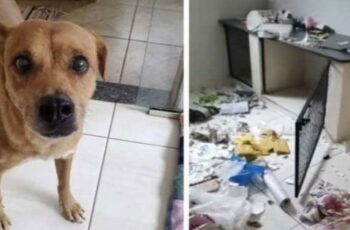 FacebookPin Sometimes the hardest things and the right things are … 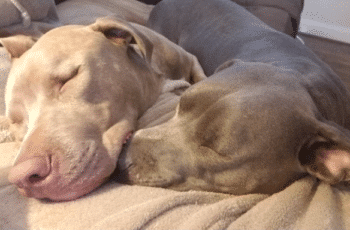