Going out and saving lives is part of being in the fire department. But at Apopka Fire Station 5, Florida, United States, they were not expecting a dog needing saving after coming to them. Neither did they expect to get a fire dog in the process.

In June of 2018, Lt. Renee Beasley went outside and saw an extremely underweight dog. More importantly, and more frightening, she was pregnant. So she took her into the fire station to help.

Although Renee is a paramedic, she had to become a canine nurse for the day. Above all, delivering a litter of eight from a mother who was in a rough spot is a remarkable feat. 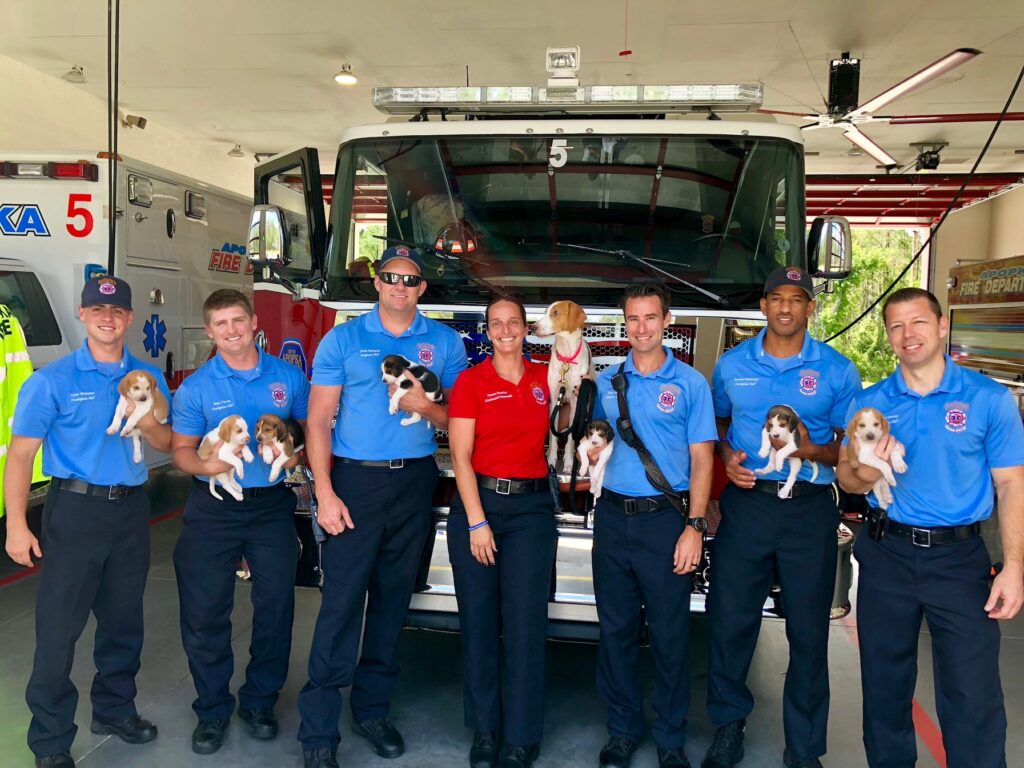 The mother, who got the name Lady, was not in a good shape, she was severely underweight.

As a result of the scavenging of food, she had approximately nine to 12 nails in her stomach. She must have been in so much pain to deliver that many pups.

So it was a surprise when seven of the eight puppies survived. And that Lady also managed to survive is remarkable. After the delivery, when Renee had to go be a human paramedic, her team took shifts as puppy parents. 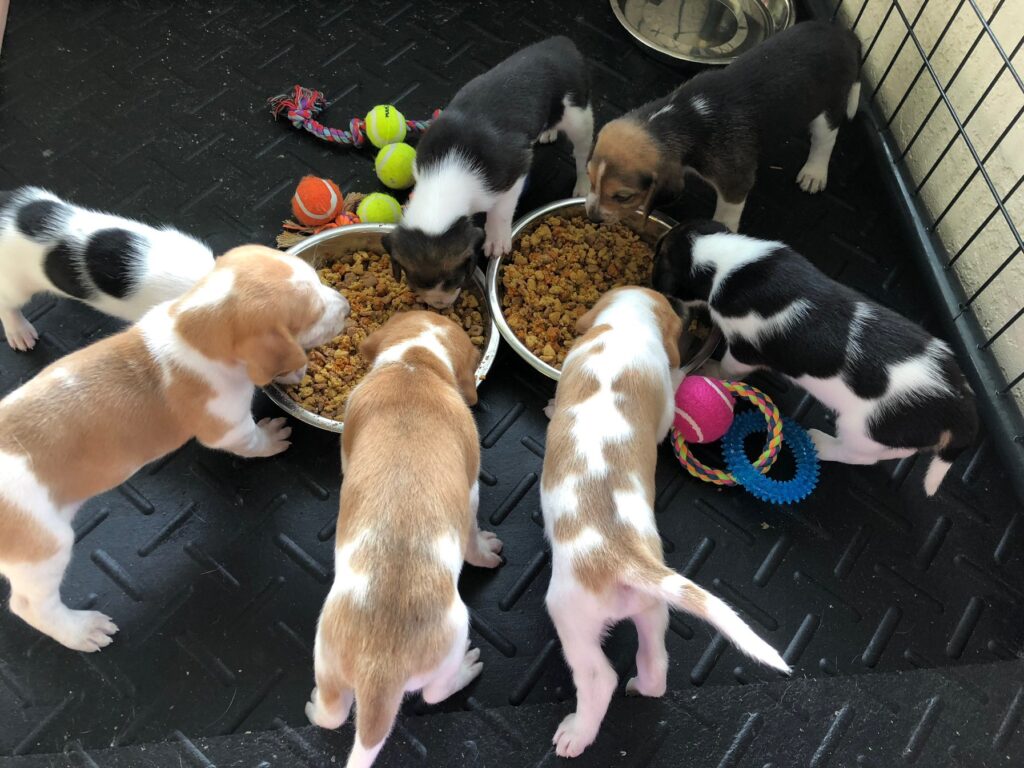 It also did not take a long time for others to come help after they shared the new members of staff on social media. Of course, the community did whatever they could to get the things needed for the health and safety of these new puppies.

People sponsored to cover the vet costs, food, and even lined up to adopt newcomers into the world.

However, Lady had a special bond with the Apopka Station 5 team, keeping her as a fire dog. All seven puppies were given full clean bill of health. 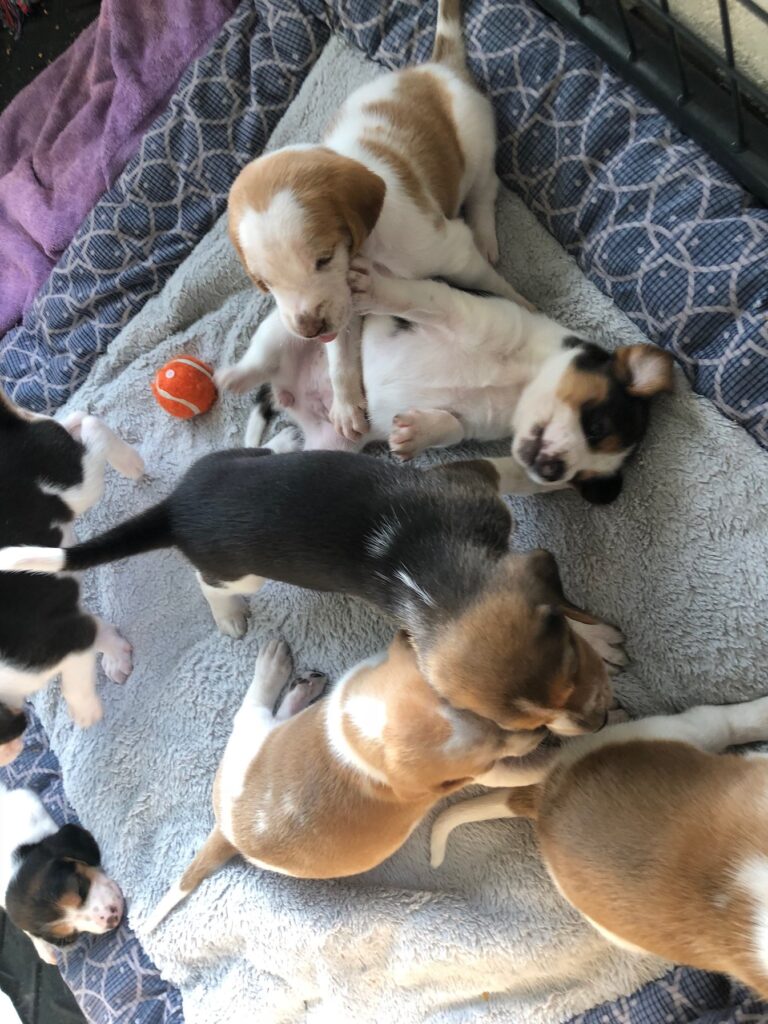 There is a special mention to the Park Avenue Animal Hospital and Woof Gang Bakery for their continued support and help throughout the whole process. Thanks to Apopka Fire Station 5 for their life-saving skills.

If you enjoyed this remarkable story of how a pregnant dog becomes a fire dog and miraculously survives against the odds, Please share it with your friends and family. 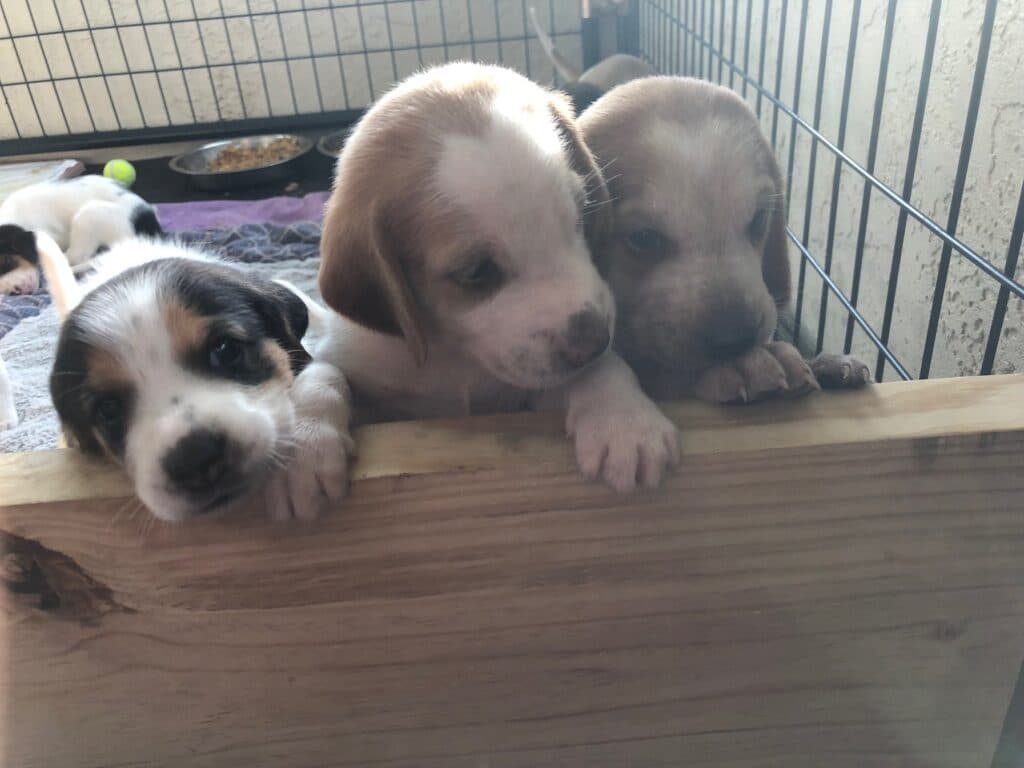 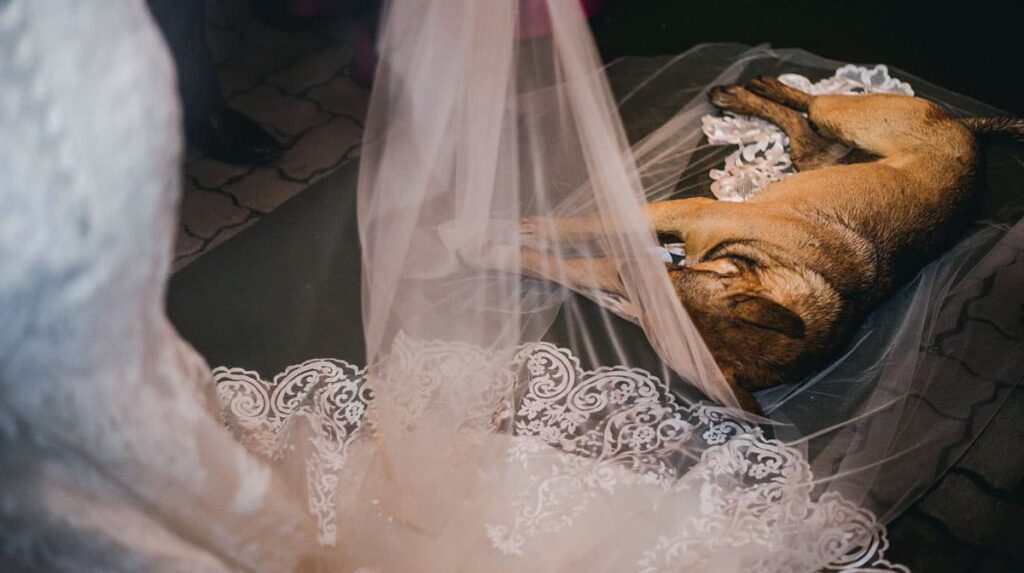 Weddings are one of the biggest days for a couple. From planning and organizing the whole event for several months, everything has to go as planned. But for this couple in Brazil, they were blessed with a lovely surprise on the day of their wedding. 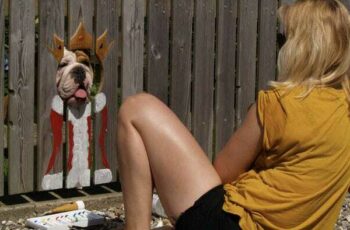 FacebookPin It is so adorable when dogs wear costumes. But … 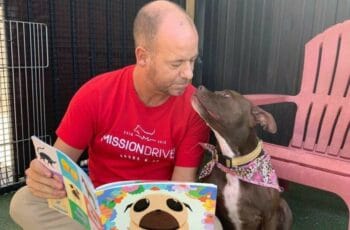 FacebookPin A Kansas shelter dog Queen made news after a …