Recently, in a Texas parking lot, a woman saw a stray dog protecting a litter of puppies as if they were his own. She had no idea that the dog was a male with no connection to the puppies. 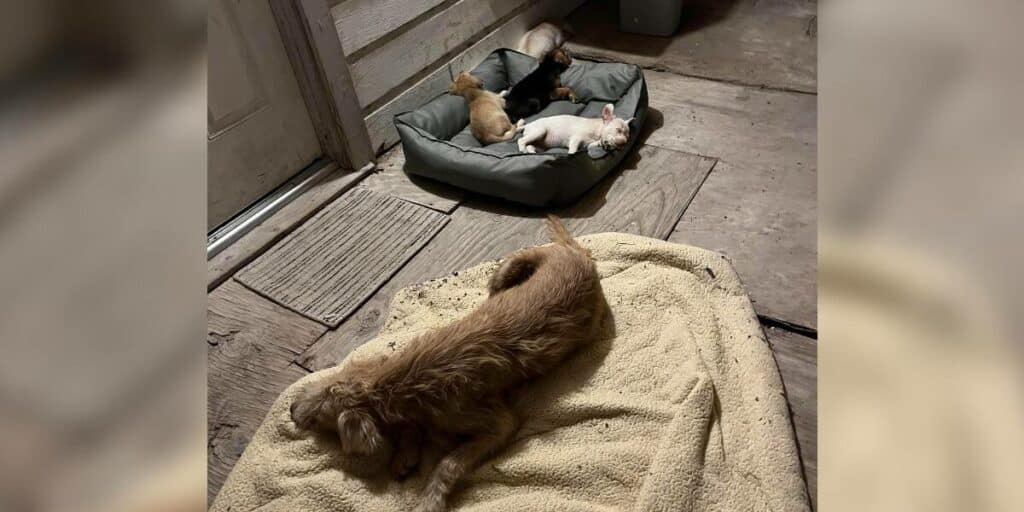 “There’s a lot of dog fights [among strays] because of food,” Hennings said in an interview. “They’re just starving.”

To save the litter of puppies from other stray dogs, the male dog placed himself in front of a possible threat, “shielding them in any way,” Hennings added.

Turned out the adult dog also appeared scared and needed protection himself.

“He was putting up a brave front [as if to say], ‘No one’s gonna touch my puppies,’” Hennings said. “But when it was time [to go], he hid under a car and didn’t want to come out.”

The woman was able to capture the stray dog and brought him along with the litter of puppies to her home. There she called foster homes and shelters and waited for the dogs to find a loving foster family. As per Hennings, two puppies tried escaping, but their adoptive dad would find them back.

“They would escape, and the dad would just bring them back,” She added.

A few days later some loving volunteers offered to take the father and puppies to their foster home at White Rock Dog Rescue. They are all safe, and living under the same roof, waiting for their forever homes. Chances are the male dog and the litter of puppies might not get adopted together, but they will always be a family to each other.

Thank you The Dodo for the story!

Rescue Dog Falls In Love With Kittens Without A Mom 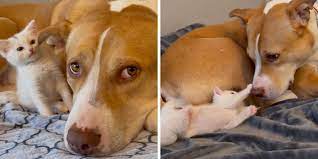 Ginger, a rescue dog, is an affectionate mother and not just to her own babies 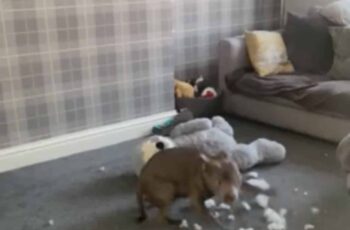 FacebookPin It’s not unusual for us humans to see dogs … 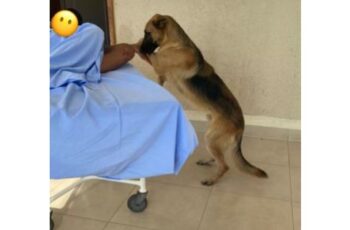