When dogs and cats create an extraordinary friendship, it might be the cutest thing imaginable. The sight of two animals that are usually at odds with each other forming a unique friendship is enough to warm the hearts of anyone.

This is the story of Nikko, a one-year-old Husky who was surprised to learn he has a new sibling in the form of a cat.

Nikko was overjoyed when he realized he would soon be accompanied by a kitten named Robin, who was adopted at the age of 16 days. Clearly, he longed for a sister whom he could care for and play with.

Nikko is happiest when he is able to care for his younger sibling. He would always instruct the kitten to extend his legs so he could develop into a robust and big cat. Nikko was pleased to see that Robin was eventually able to leap from elevated platforms and do more outstanding things.

Although they were considered siblings, Nikko can also be considered the kitten’s loving father. Nikko, in the absence of a mother cat, ensured that Robin received the necessary amount of affection and care.

Because of Nikko’s devotion to the cat, their friendship will undoubtedly endure until they reach old age. We are pleased that these two animals will continue to simply spend a great deal of time growing up together.

It is not every day that we get to see such a strong and profound connection between a cat and a dog. That is why this story has warmed up the hearts of a lot of people. 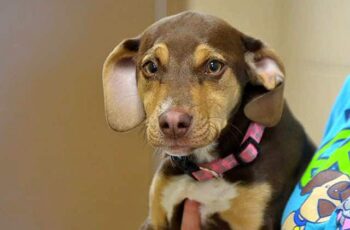 FacebookPin Peanut, a 2-year-old puppy, came to the animal shelter … 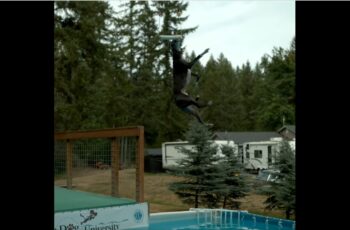 FacebookPin Spitfire, the 8-year-old Whippet, is not your ordinary lap …